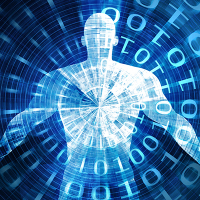 I have a scenario where a non-AS customer has contracted Internet connectivity with 3 ISPs and is doing NHLD.

What would be some commonly-used health monitors to determine which ISP link is up or down?

I've used DNS queries using Internet DNS servers with static routes to each DNS server going through a specific ISP, but that causes problems if one of the ISP CPEs is turned off or has the Ethernet cable disconnected - the static route vanished from the FIB and the destination is reachable through one of the other links, which causes the monitor to mark that gateway as up.

So, to solve that, I thought about combining two health monitors per ISP link, the one mentioned above + a ping to the CPE IP address - but again, this could be reachable through the Internet in case of a network disconnection between the CPE and the A10.

So I ask, what are some good practises and examples for health monitors in this kind of scenario?

BONUS if they are somehow connected to verifying the health of the links (jitter, packet discards, latency, and the such, maybe something similar to RTT...).

It looks like you're new here. If you want to get involved, click one of these buttons!